“At the end of life we will not be judged by how many diplomas we have received, how much money we have made, how many great things we have done. We will be judged by I was hungry, and you gave me something to eat, I was naked and you clothed me. I was homeless, and you took me in.”

The Epworth Foundation was born from a rich history and tradition of community service began by the founders of Epworth United Methodist Church nearly 130 years ago.

The primary objective of The Epworth Foundation is to provide stability, opportunity and a sense of community for the families in crisis who come through our doors. We do our best not to turn anyone away because, in today’s economy, our services are needed more than ever.

According to feedback from many of our first-time clients, we’re their last stop after they’ve exhausted all other options. Each year, The Epworth Foundation helps between 10,000 and 12,000 individuals and families who reside within the state of Colorado with particular emphasis in the 80205-zip code. That area includes the Denver neighborhoods of Cole, Clayton, Five Points, Whittier and portions of Curtis Park to the west and City Park to the east.

Since 2003 we’ve distributed over 50,000 Thanksgiving Baskets and assisted more than 6,000 youth through Talent Camp, YES! Academy, Family to Family and our annual Christmas gifting program. The foundation is a 501(c)(3) organization that provides a host of charitable services as part of its mission to promote and support healthy families, with an emphasis on children. 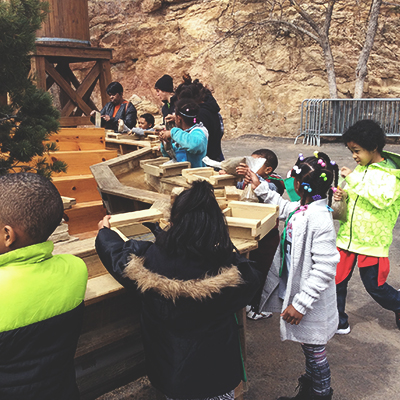 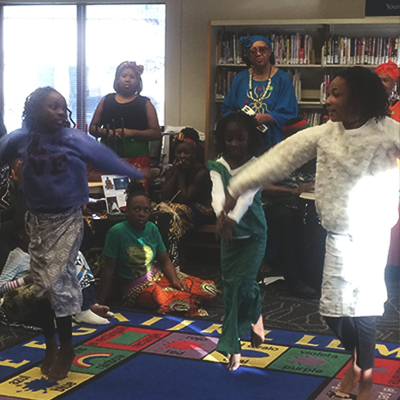 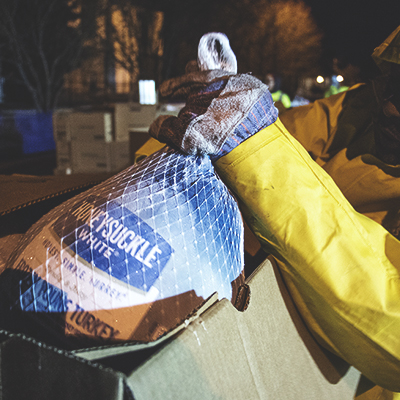 • The Denver Feed-a-Family program, held each Thanksgiving to honor the legacy of “Daddy Bruce” Randolph.
• The Epworth Foundation Food Bank, which serves more than 175 families each month 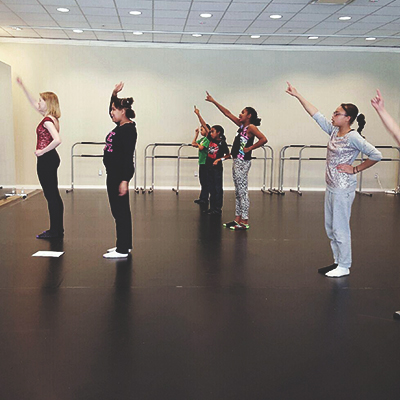 In the early 1890’s, Melissa Briggs, a deaconess in the Methodist Church, founded a mission called the Briggs Mission in a tent at 31st and Walnut Streets in Denver, Colorado. She chose this location because of its close proximity to saloons and houses of ill repute. There were frequent homicides in the area as well. Miss Briggs set out to create a place where people could worship God in a safe environment, where congregants could find solace in a community of like-minded individuals. Over time, Miss Briggs moved her well-attended church to various store fronts and community centers in the area. The church provided counseling services, as well as toys and clothing to families in need.

On December 1, 1903, the church returned to its original location on 31st and Walnut. On that site, the permanent church was built. It contained a chapel, a reading room, a medical dispensary, an employment bureau, a gymnasium, free baths, along with sewing rooms and cooking rooms. In 1905, it was renamed Epworth Institutional Church, after the London church where John Wesley’s father preached. Austin Chapman was the first pastor. Eight years later in 1913, Burlington Railroad took the land through eminent domain and the building was demolished.

In 1915 another church was built on the corner of 31st and Lawrence Streets. Rev. Chapman was the pastor until 1919. The next pastor was Ezra Cox from Stoughton, Massachusetts. Pastor Cox hired an assistant pastor named Russell Jones. Pastor Jones created Goodwill Industries of Denver. He took up Melissa Briggs habit of collecting old clothes, hiring church members to repair them, and then selling them along with furniture and household goods.

Pastor Cox was the senior pastor from 1919 until 1926. During that time when the church was unable to pay the mortgage, Goodwill Industries would step in and make the payments. In return, Epworth provided chaplain services to Goodwill. In 1931, Goodwill Industries incorporated and separated from Epworth Church. The organization continued to grow into the world-renowned charitable industry it is today. Rev Russell Jones became the senior pastor and held that position for 21 years, until 1947. At the same time, he was the superintendent of Goodwill.

In 1948, Walter Loague stepped in as pastor and superintendent. He instituted a program through local area high schools where he trained the mentally challenged students at Goodwill and they attend school for the other half a day. After fifteen years of dedicated service, Pastor Loague left the church and Pastor Alan Nesbitt took over as Senior Pastor.

In 1966, Guy R. Botkin was appointed to Epworth. The bustling church continued its community outreach programs by operating an emergency food and clothing bank.  The roster of programs also included family and alcoholic counseling, childcare, an educational program that helped community members earn their high school diplomas, a Girl Scout troop and a children’s education/recreation group.  Other community groups held offices and meetings at the church as well.

Through the next 30 years, Epworth had a number of different pastors. But no matter who was in the pulpit, the church’s commitment to serving its community remained one of its steadfast guiding principles. The food bank grew to help hundreds—and then thousands—of people in the community. Likewise, the other community-based programs flourished as well: the clothing bank, a hunger task force, a garden program in the backyard, an empowerment program designed to help people get off welfare, and a counseling program.

In 2002, Pastor King Harris was appointed to Epworth. In 2005, he established the Epworth Foundation to act as the non-profit social and humanitarian arm of the church. During his tenure, Pastor Harris also started the Family to Family Program, which reunites children with their families, in addition to the other programs. He brought on two Hispanic ministers to help to rebuild the Spanish American ministry that was started years ago. He also brought in Pastor Ronald Wooding, who initiated the “Daddy Bruce” Thanksgiving Program at Epworth in 2003.

Currently, the church’s pastor is Jeffrey Kanost. He was appointed by the Conference and has been reappointed every year. In addition to pastoring, he heads up the Family-to-Family Program and assists with the Food Bank. He also sits on the California Park East Board. Under his capable stewardship, The Epworth Methodist Church has continued to blossom. The church’s goal is to be a living example of God’s unconditional love and to be of service to those in need.